A topic that is commonly debated between suspension companies and technicians is whether shock absorbers should be replaced if there is no obvious damage or leakage. To give this discussion a practical test, Matteo Turolla, Technical and Operational Marketing Support Manager at KYB Italy, visited a workshop in Verona in northern Italy.

Every day our cars accompany us on our journeys, whether short or long. We turn the key, the engine starts, and kilometre after kilometre we get to know them, to anticipate them. We constantly and unconsciously adapt our driving style to those characteristics that evolve over time and, above all, change as certain fundamental components age. The replacement of some of these components, however, is often not included in the routine maintenance schedule.
It is well documented that even after just 80,000km an original equipment shock absorber no longer performs as the car manufacturer intended it to. At this mileage, the series of delicate valves inside have had hydraulic oil flowing through them approximately 75 million times, making them more fragile and brittle. They cannot control the flow of oil as they did when new, compromising the damping effectiveness of the shock absorber.
It is the shock absorbers role to keep the wheels in contact with the road – even the highest performance tyres will not guarantee controllable acceleration, reduced braking distances and safety in corners unless they work in conjunction with perfectly efficient shock absorbers.

The cars
Matteo worked with two road users in Verona, Federico and Susanna, two people with totally different driving requirements, but who drive identical cars. Susanna works as a clerk and drives a Smart ForTwo 700cc every day; it had driven just under 100,000km so she was convinced it was still in perfect shape. Federico owns a workshop. He uses his Smart ForTwo 700cc to commute to the workshop, it has exceeded 180,000km. He knew the car didn’t behave like it did when it was new, but in his opinion the shock absorbers still had a lot to give as the car was driving very well.

The test
The first step was for both participants to drive the other’s car, given the big difference in mileage. Then the shock absorbers, coil springs, protection kits and suspension mounting kits were replaced on the car with the higher mileage, with both then test driving that vehicle again so that they could immediately experience the new dynamic behaviour of a car with 180,000km fitted with new shock absorbers. Finally, the suspension components were replaced on the other Smart car, followed by another test drive by both participants.

The results for the 180,000km car
Susanna: When I tested Federico’s car, I immediately thought that it couldn’t be identical to mine. On the potholes and the bumps, I had the feeling that something was about to give way. When I tried it again with the new shock absorbers, I recognised that it behaved more like my car, but the impression was that it was now more precise and less noisy than mine.
Federico: I was so used to this car by now that I didn’t realise how much it had lost in precision and steering. When braking, especially when cornering, I always associated the lack of stability with the very short wheelbase. Clearly, I was wrong! Now it really is a whole different ride. I can only imagine in the wet how much less unpredictable the car will be, I notice right away that ESP intervention is much less frequent and decidedly less invasive on unevenness and the cobblestones which are on many road surfaces in this area.

The results for the 100,000km car
Susanna: I really didn’t expect this, the car drives great! Not that it was bad before but driving it every day certainly didn’t allow me to be objective. Now can I say that the difference can be felt, even though the shock absorbers we replaced had ‘only’ covered 97,000km.
Federico: The difference is obvious. Now the two cars really seem identical in driving. More precise, more stable, more controllable. I would never have thought of such an obvious difference. From now on I will be suggesting to my workshop customers that they replace the shock absorbers if they are old, even if visually they are still in order. I have customers with cars that have driven over 200,000km who have never replaced the shock absorbers, but they obviously don’t realise how much their vehicle performance and control has deteriorated.

Conclusion
The two Smart ForTwo owners who participated in our test were amazed what a difference replacing the shock absorbers, coil springs, mounting and protection kits had made to their vehicles. They are very representative of the average motorist, who adapts their own driving style according to the performance of their vehicle, without realising that the braking and steering precision had deteriorated.
KYB recommends that shock absorbers should be replaced after 80,000km and always in axle pairs. 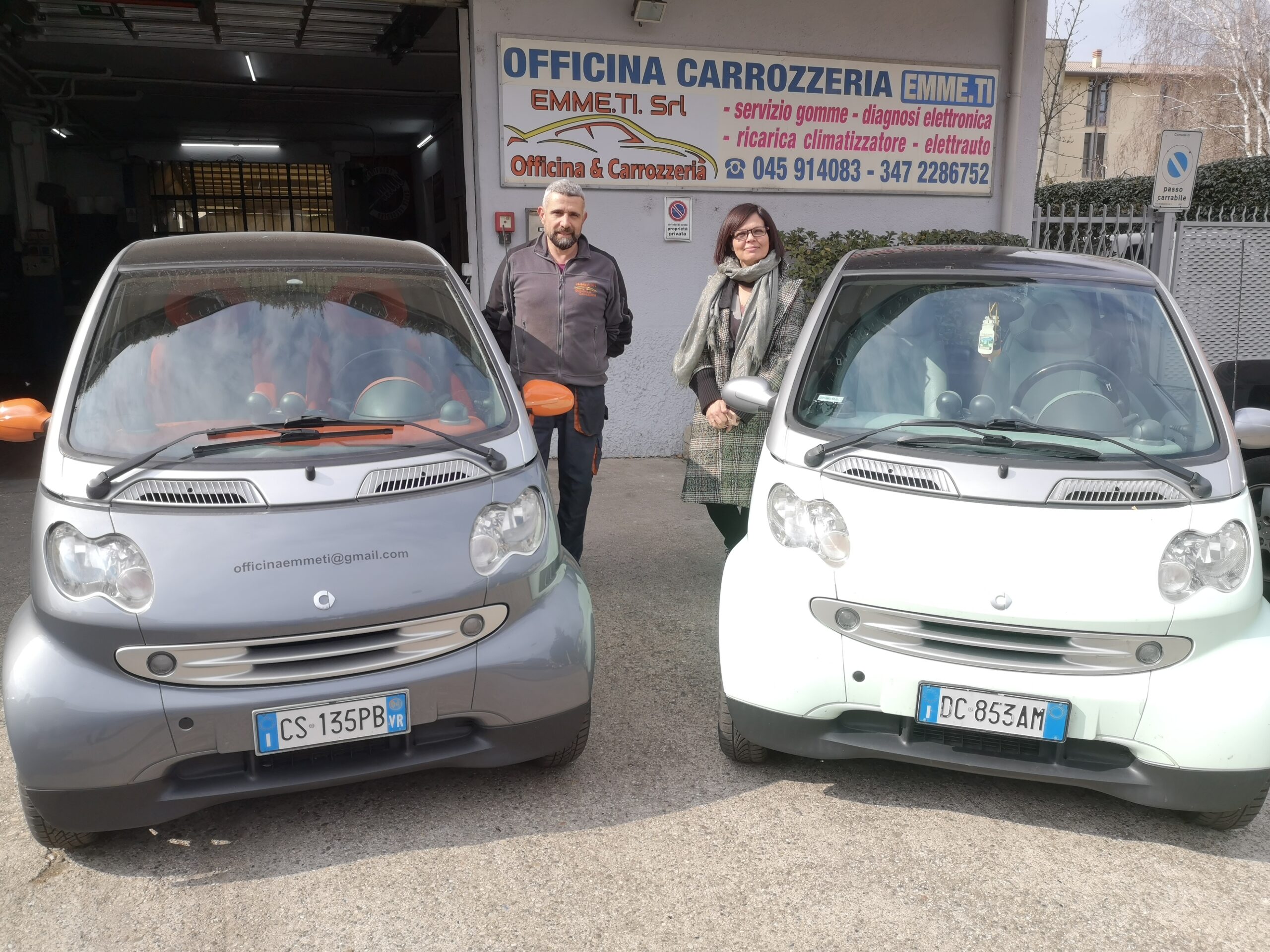